On Wednesday 29 February 2012, Pauwels Consulting was named Trends Gazelles Ambassador of the medium-sized enterprises in the province of Flemish Brabant.

Pauwels Consulting received this award for being the fastest-growing operationally independent enterprise in the Province of Flemish Brabant between 2006 and 2010. The comparison was based on the turnover, personnel and cash flow numbers in the annual reports of all mid-sized enterprises in Flemish Brabant.

The article below (in Dutch) was published in the March edition of Trends Magazine: 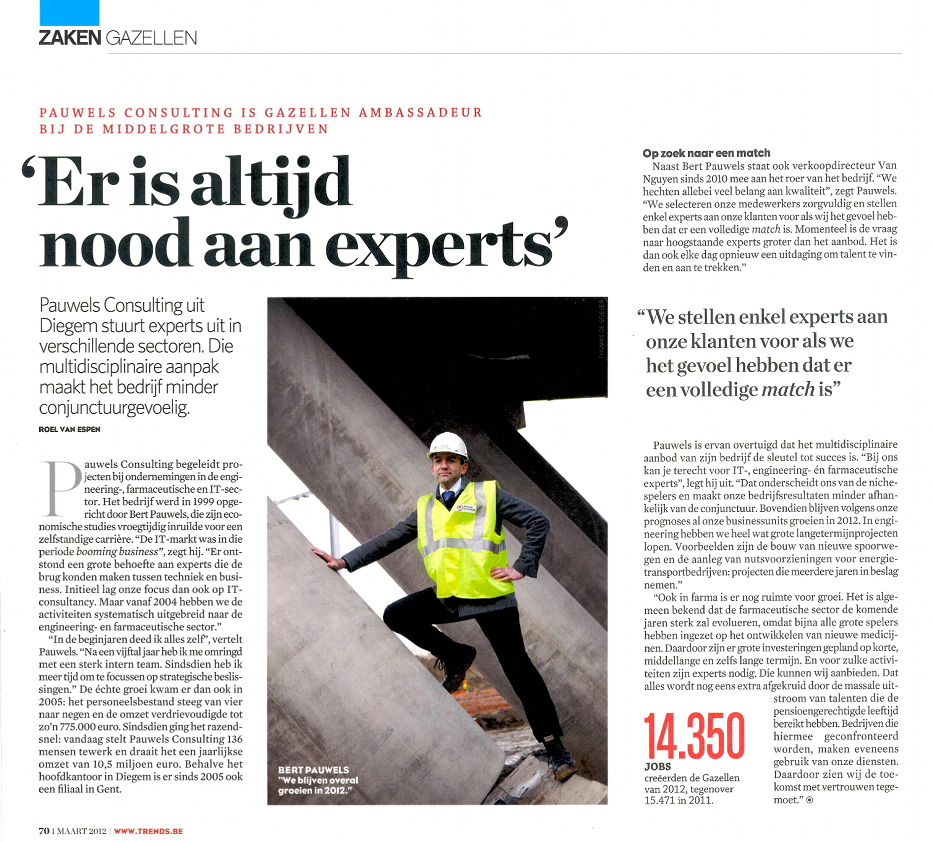 Do you have any questions for us? Let’s get in touch!